The High Country Fly Fishers chapter of Trout Unlimited has begun a conservation program in conjunction with the Center for Advanced Professional Studies (CAPS) at Wasatch High School in Heber City, Utah to monitor stream temperatures in the Middle Provo River between Jordanelle and Deer Creek reservoirs. The project, in which students collect macroinvertebrate samples and data from in-stream temperature dataloggers, will run for 3 years and was initiated in response to concerns about the health of the fishery if the extreme drought conditions of 2021 and the rapid urbanization of the river basin continue. The project will monitor temperature changes along the river’s length, tributary temperatures and diurnal temperature oscillations. An added benefit of these measurements is to determine seasonal changes in temperature progression up the river as it affects insect hatches.  The involvement of the high school students offers additional education benefits to future potential young scientists.  Supervised data analyses will be conducted by the high school students as an educational project in which measured spatial and temporal temperature variations will be related to the rate and temperature of discharge from the Jordanelle dam, ambient atmospheric temperatures and solar radiation.

The temperature dataloggers were installed in late March and early April 2022 at sites running down the Middle Provo River from the Jordanelle dam to the Charleston bridge on Highway 113 just above Deer Creek Reservoir. Macroinvertebrate sampling sites used by the CAPS students are also located along the river, with some sites co-located with the temperature dataloggers. Temperature data analysis reports and data will be posted to this website as they become available. 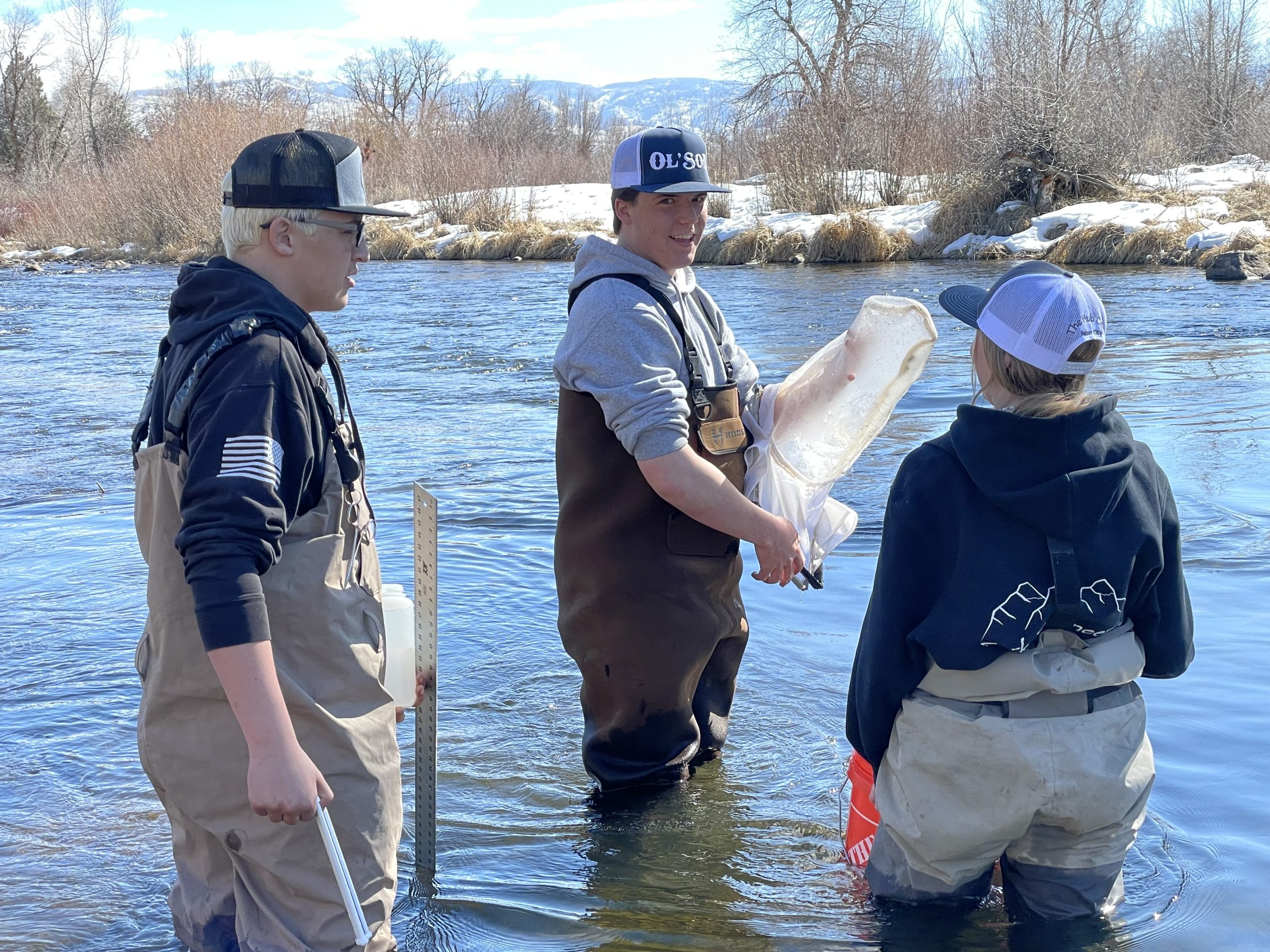 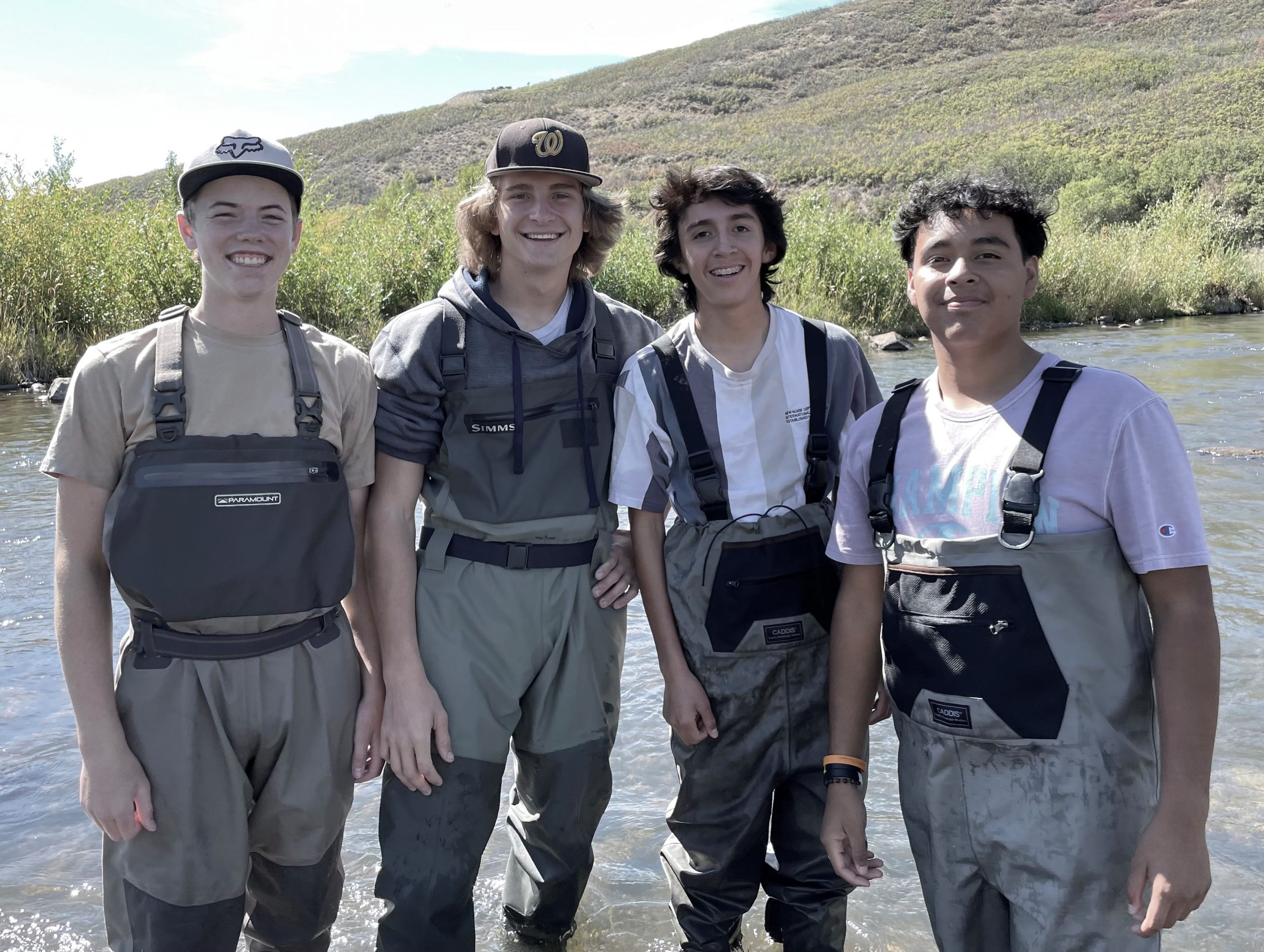 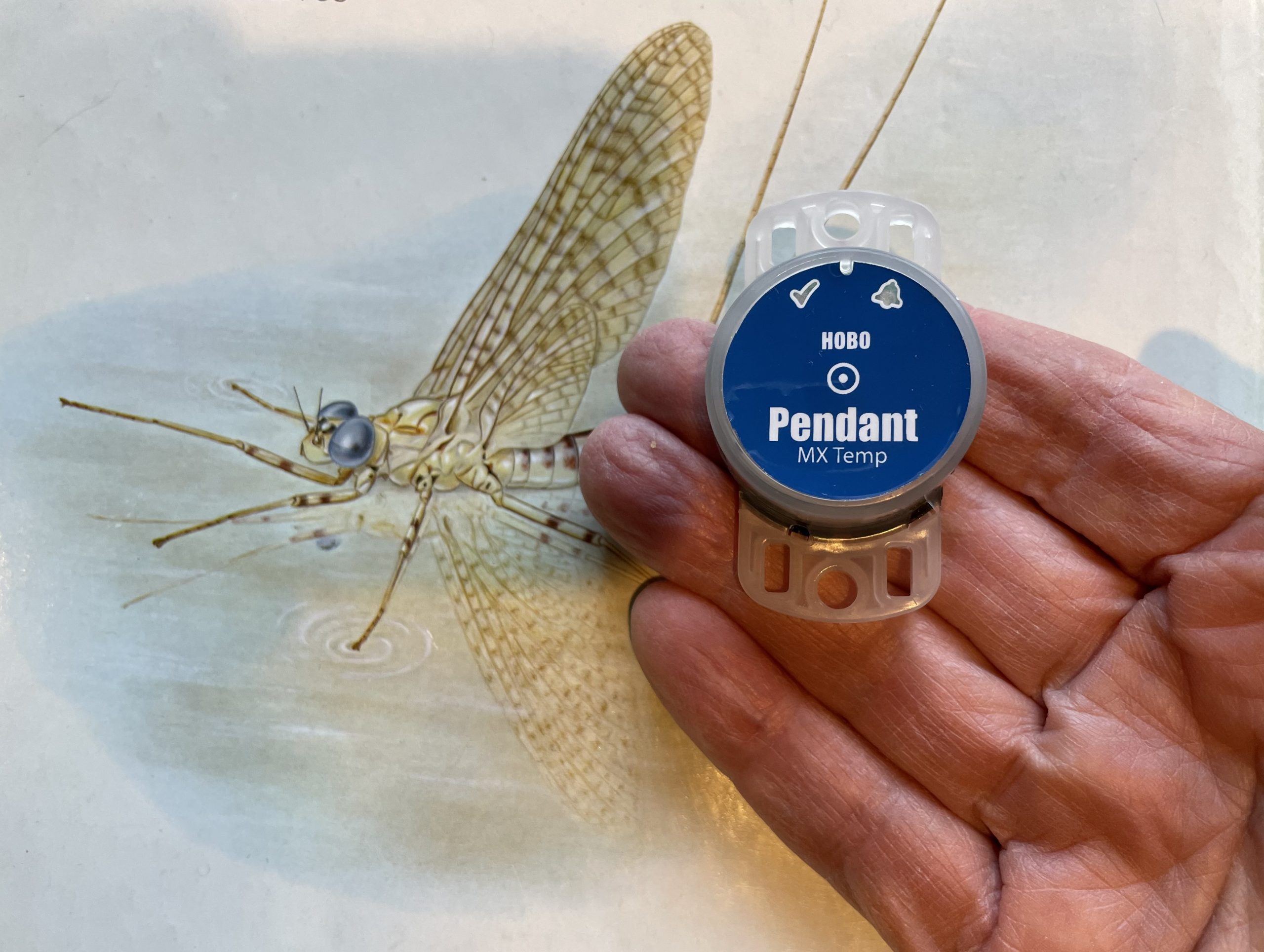 Temperature datalogger with mayfly in the background. Mayfly drawing from Aquatic Entomology by W. Patrick McCafferty.